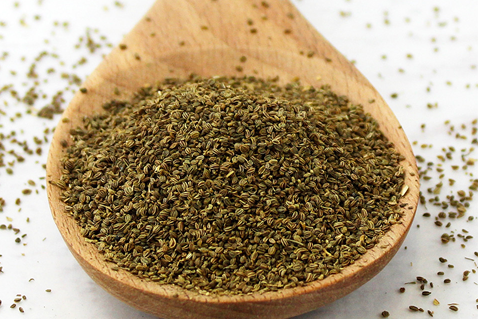 Oleoresin from the Celery Plant is known as Apium graveolens.

Celery oleoresin derived from extracts of Apium graveolens. Celery is a marshland plant in the family Apiaceae that has been cultivated as a vegetable since antiquity. Celery has a long fibrous stalk tapering into leaves. Depending on location and cultivar, either its stalks, leaves or hypocotyl are eaten and used in cooking. Celery originated in Mediterranean regions and the Middle East. The Egyptians, Greeks, and Romans grew this vegetable as an aromatic and medicinal plant. After this wild variety, it was grown in Italy starting in the 16th century. The oleoresin is obtained by extracting it’s dried seed through the process of Super Critical Fluid Extraction green technology method. Oleoresin of celery is light yellow to orange semi-solid with characteristic aroma of celery with a bitter taste consists of various components namely phenolic acid, which is an antioxidant. Apiin and apigenin can be extracted from celery and parsley. Lunularin is a dihydrostilbenoid found in common celery. The main chemicals responsible for the aroma and taste of celery are butylphthalide and sedanolide.

It has anti-microbial, antispasmodic, antiseptic, carminative, stimulant, germicide and tonic.

It is anti-infectious, antibacterial, antiviral, anti-fungal, anti-parasitic, antiseptic, anti-nausea, and a tonic.

Ozone Naturals are blessed with a green extraction, production method that is SCFE, large storage facility that helps us in keeping large stock and meeting urgent and massive requirements of the customers. With us, clients can stay assured for the quality of the products as we make use of the first class raw material that is, tested by well equipped quality control laboratory with experienced & knowable analyst on several measures prior to product manufacturing. Ozone Naturals offer world class quality celery oleoresin as per customer demand.

Aromatic Agent : Celery oleoresin has a calming effect on the central nervous system and has antispasmodic, sedative, and anticonvulsant properties.

Therapeutic : Celery Oleoresin contains vitamin C, beta carotene, and flavonoids, but there are at least 12 additional kinds of antioxidant nutrients found in a single stalk. It's also a wonderful source of phytonutrients, which have been shown to reduce instances of inflammation in the digestive tract, cells, blood vessels, and organs.