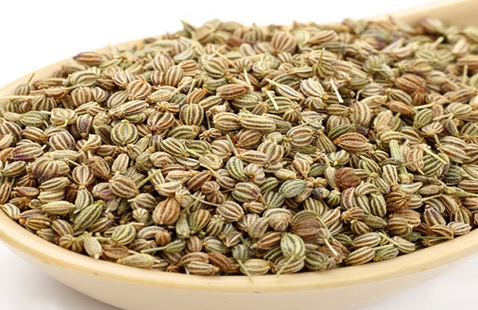 Oleoresin from the Ajowan Plant is known as Trachyspermum ammi—also known as ajowan.

Ajowan oleoresin derived from extracts of Trachyspermum ammi. It is an annual herb in the family Apiaceae. The seed like fruit of the plant are consumed by humans. Ajowan is thought to have originated in the Asia minor or Persia regions, and spread to India from there. It is now grown along river banks throughout the Middle East, as well as India and North Africa. The oleoresin is obtained by extracting its dried seed through the process of Super Critical Fluid Extraction green technology method. Oleoresin of ajowan is light green semi-solid with characteristic aroma and sharp taste attribute consists of various components namely thymol, p-cymine, a-terepinene ,-pinene and dipenene.

Presence of such chemicals makes Ajowan oleoresin best for medicinal, flavour and culinary uses. Ajowan oleoresin is widely used for food preparation as a spice. It has antiseptic, germicidal, and digestive property.

It has anti-microbial, antispasmodic, antiseptic, carminative, stimulant, germicide and tonic.

It is anti-infectious, antibacterial, antiviral, anti-fungal, anti-parasitic, antiseptic, anti-nausea, and a tonic.

Ozone Naturals are blessed with a green extraction, production method that is SCFE, large storage facility that helps us in keeping large stock and meeting urgent and massive requirements of the customers. With us, clients can stay assured for the quality of the products as we make use of the first class raw material that is, tested by well equipped quality control laboratory with experienced & knowable analyst on several measures prior to product manufacturing. Ozone Naturals offer world class quality ajowan oleoresin as per customer demand.

Aromatic Agent : Ajowan Oleoresin is the most known for calming sensations that relieves neuralgia and migraines also relief in kidney and liver ailments.

Therapeutic : Ajowan Oleoresin is used warming agent in aromatherapy, The active principles in the ajwain may help increase the digestive function of the intestinal tract through facilitating the release of gut juices (gastro-intestinal secretions).