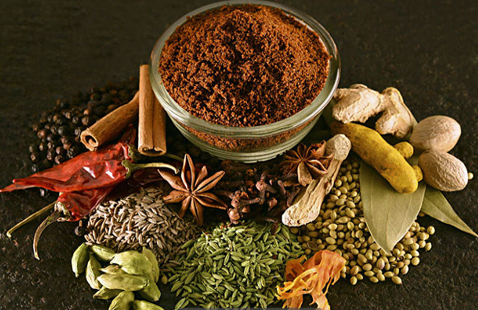 Biryani is a mixed rice dish with its origins among the indian subcontinent. It can be compared to mixing a curry, later combining it with semi-cooked rice separately used. The word 'biryani' is derived from a Persian word, birian, which means fried before cooking. It is one the most popular dishes which has acquired a niche for itself in South Asian cuisine.

Ozone Naturals are blessed with a green extraction, production method that is SCFE, large storage facility that helps us in keeping large stock and meeting urgent and massive requirements of the customers. With us, clients can stay assured for the quality of the products as we make use of the first class raw material that is, tested by well equipped quality control laboratory with experienced & knowable analyst on several measures prior to product manufacturing. Ozone Naturals offer world class quality Biryani Masala Oleoresin as per customer demand.

1) Used as a flavouring agent in different types of biryani’s.

Instead of using nutmeg or cinnamon in carrot cakes or muffins, you can use a dash of this masala oleoresin.

Biryani Masala Oleoresin having good source of sodium, calcium, iron and vitamin A.