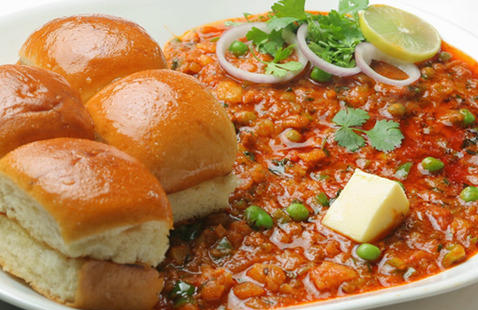 Pav bhaji is a fast food dish from India, consisting of a thick vegetable curry served with a soft bread roll. Its origins are in the state of Maharashtra. The dish originated in the 1850s as a fast lunchtime dish for textile mill workers in Mumbai. Pav bhaji was later served at restaurants throughout the city. Pav bhaji is now offered at outlets from simple hand carts to formal restaurants in India and abroad.

Ozone Naturals are blessed with a green extraction, production method that is SCFE, large storage facility that helps us in keeping large stock and meeting urgent and massive requirements of the customers. With us, clients can stay assured for the quality of the products as we make use of the first class raw material that is, tested by well equipped quality control laboratory with experienced & knowable analyst on several measures prior to product manufacturing. Ozone Naturals offer world class quality Pav Bhaji Masala Oleoresin as per customer demand.

1) Used as a flavouring agent in different types of pav bhaji.

You can add Pav bhaji masala to rice preparations as well. The fragrance and taste of the mixed sprouts rice elevates by adding this simple masala.

Pav Bhaji Masala contains a lot of sodium, it’s very great to add some to foods that are bland contains few seasonings. The high contain of Sodium is great for people who have anemia, which is useful to keep their blood pressure on the right level.

Another benefit from using Pav Bhaji as seasoning is that the Sodium in it is important to balance fluid in our body. It also supports our muscles so their contractions are effective and efficient.