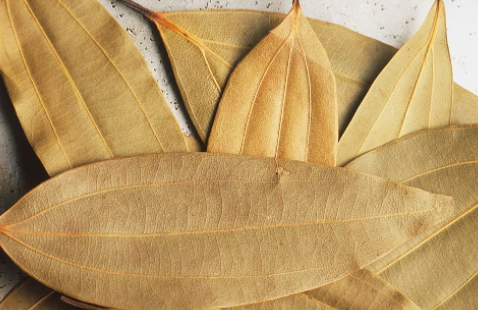 Bay oil is a greenish extract from bay leaves, also known as laurel leaves. As the name Laurus nobilis reflects, Bay leaf was symbolically considered to be sacred and was popularly associated with Gods & Rulers in Greek and Roman history. Considered as symbol of victory Bay leaf formed the round wreath of laurels of Emperors & Olympic winners; remember the famous wreath of laurel of Julius Caesar !! Even in modern times, the bay laurel is considered as one of the classic look for wedding tiara.

Bay leaf tree is an aromatic plant and the dried leaves are found more aromatic. The aromatic bark often finds its use in preparation of medicinal tea. Biting the bay leaf, it will be observed as sharp and pungent but it imparts an amazing flavor to the food in cooking. It is well known to bring flavor depth to the receipe it is added to. The volatile oil of Bay leaf contains 1,8-cineole as its major component. Other components include eucalyptol, terpenes, terpinyl acetate, α- and β-pinenes, phellandrene , linalool, geraniol, methyl chavicol, neral, lauric acid. It is known to have antiseptic, antioxidant, antifungal, insecticidal properties.

Bay leaf is popularly used in soups & stews, marinates, culinary preparations, various rice dishes, meat preparations, pickles, sauces, canning of vegetables. It is one of the most used spice in French cuisine. Bay leaf is also used in flavoring of liquor & vinegar. It is used in tea for its nutritional & healing benefits.

Bay Leaves or the leaves of Laurus nobilis L.

It is an excellent insect repellant due to presence of lauric acid.